Skip to content
A California winemaker calls ping pong central to his fitness routine for its help with agility and even core strength.

Bob Blue’s table tennis opponent never gets offended by his trash talking. That’s one of the many upsides of playing against a robot.

Mr. Blue, 61, grew up in a family of table tennis fanatics and played avidly with friends through high school. It wasn’t until 2007, when his wife died, that he thought to dust off his paddle again. “I turned to exercise as a way of coping,” he says.

As the founding winemaker of Bonterra Organic Vineyards in Ukiah, Calif., Mr. Blue oversees all aspects of the winemaking process, from harvest to bottling. Long, unpredictable hours, particularly during harvest season, made it nearly impossible to find a table tennis partner. “Hitting balls off the wall isn’t very satisfying,” he says. He nearly gave up on the game, turning to swimming and spinning for fitness. In 2014 he saw an online video of a table tennis-playing robot called the Newgy Robo-Pong. 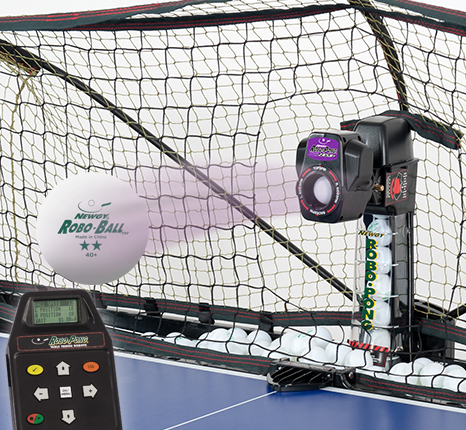 2 thoughts on “Table Tennis for One, With Help From a Robot”