Almost 35 years ago, when I was a young inexperienced coach, the strongest player in my club was a Vietnamese player who played with long pips. Very often, I had heard him and many other players say that the defensive style had no future because table tennis was now a sport way too fast and attackers were advantaged in terms of equipment. Strangely, every time this player, Tran Van was in trouble during a competition, he started to play his defensive style. On several occasions, I saw him win tournament finals that way. What a paradox coming from a player who said that the defensive style had no future. So the question is the following.

Why would anyone want to play a defensive style today?

First, let’s establish what it means to play defensive.

The modern defender is a player who uses mainly defensive strokes far from the table, spin variations and surprise attacks as soon as an opportunity arises. It is rather reactive style, and adapts to the game of the opponent. He plays smart and makes sure that the offensive actions of his opponent are as ineffective as possible for example, by causing him to take too many risks.

Now why do some people decide to be a defensive player?

There are many reasons, but here are some of them.

And that’s where the question comes up.

Is the defensive style an effective one?

First, let’s say that the defensive style is much less popular than the offensive style. It is not uncommon to see clubs in North America who have no defenders amongst their players. And yet, according to January 2017 ITTF data, among the top 50 players in the world, 6% of men were defenders and 16% of women were too. Proportionately speaking, given the small number of club-trained defensive players, it may be that this style is actually the most effective! Think about it

To make this style popular, we would simply need a defending world champion. It almost happened at the 2003 World Championship in Paris where, against all odds, Joo See-Hyuk, a Korean defender, reached the final, which he lost 2-4.

Is it so easy to play defensive?

Technically speaking, the technical gesture of the chop defense is more difficult to master than the topspin. At the trajectory level, the topspin ball falls shorter on the table, while the chop continues in a straight line often for too long, even beyond the table. It is also necessary to be able to read well the spins of the opponent and adapt its strokes accordingly. It takes a good hand and also a good ball touch.

It also requires excellent footwork, which automatically leads to the requirement for excellent physical condition.

In addition, you have to be an excellent attacker too, because at a certain level, waiting for the opponent’s mistake is no longer enough to win the game.

All that makes the defensive play difficult to master and I would say that it is more difficult than playing an offensive style.

Why do we find a lot of defensive players in the veteran categories?

Another striking thing is the high number of defensive players found in veteran categories.

One may wonder why many players decide to become advocates when they get older?

The answers are rather logical:

That’s why I adopted a defensive style since I’m 57 years old.

On the other hand, this style requires larger movements, so it will not be easy to play for an older person. This is why we see many older defensive players playing closer to the table with short or long pips, for example.

Should we show defensive play to our young players?

The answer is yes and no.

Having more defensive players in a club would help develop stronger offensive players. On the other hand, it is not any young person who can become a defender. It takes some special features that very few young people have:

What kind of equipment does it use to play defensive effectively?

Most defensive players use defensive woods that are not necessarily defensive in speed. Defender blades are often larger than attacking blades so that it has a larger sweet spot and thus promotes control of the ball. The larger blade will also allow a better balance on the racket with the lighter rubber used often with a sponge of only 0.5 or 1 mm. 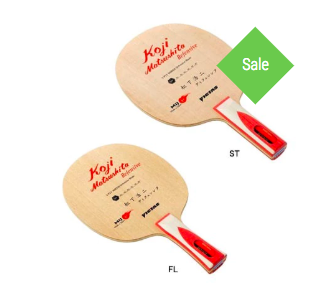 It is important to mention that most modern defenders can twiddle, or switch sides from backhand to forehand. They can therefore use the long pips on either side.

In the past some players like the Christian Martin from France, used smooth rubber on both forehand and backhand. Others used anti-spins instead of pips. But let’s say it’s more and more rare.

What can be concluded from all this?

The defensive style although less popular is perhaps equally effective.

The defensive style may be more demanding than the attacking style.

Make sure your young athletes have the right characteristics before suggesting the defensive style.

But actually, everyone should at least try it … to see how much fun it is to play this style.

Some videos of famous defenders …