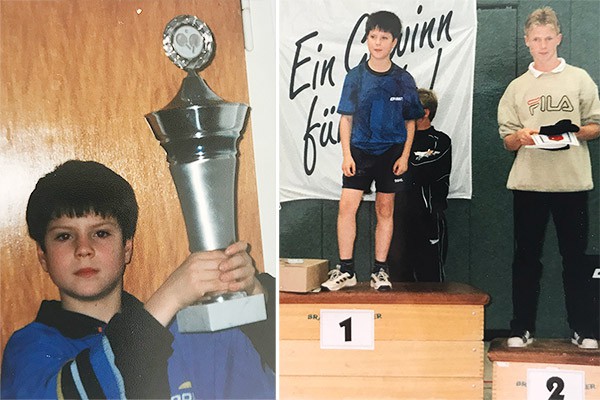 The start of a career

Very soon they realized that he’s very talented. Inspired by his first successes at the mini Championships, he had been gripped by ambition: “I definitely wanted to become a professional table tennis player and dreamt of the national team and the Olympic games. At that time, however, I couldn’t imagine to come to the very top.”

At the age of 9 when Dima noticed that there were already some players who had an equipment supplier, he also wanted to have one. Papa Michail just went to the DONIC table tennis shop of Bodo Wilke in Hameln and asked him. He put him in touch with us and therefore we have already had Dima under contract from his childhood on. At the cadet championships he met the owner of the company Frank Schreiner personally.
“Our honest and trustworthy partner – and meanwhile also friendship has existed for 20 years now. DONIC was my first equipment supplier, they made a lot possible for me and still is at my side. That’s really extraordinary and I am grateful for that”.

Then there were a lot of successes and the appointment to the national youth squad. When changing to the TSV Schwalbe Tündern 1992 and his move up to the Bundesliga in 2005, the successful professional career of our table tennis star with shakehand technique finally began. In 2006 he had his first match with the national team. 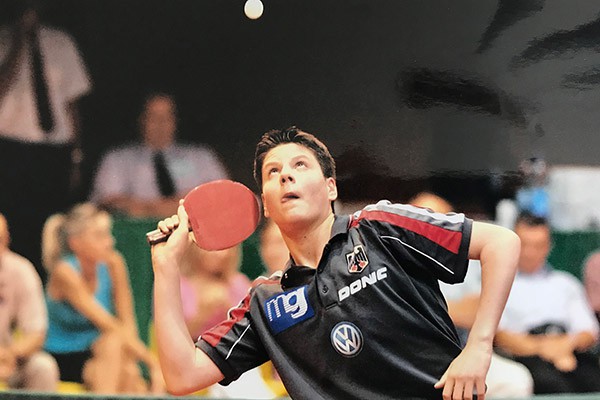 From 2007 to 2009 he was playing for the German record holder Borussia Düsseldorf. After a short stopover at the Belgian club Royal Villette Charleroi, Dima changed over to the Russian club Fakel Gazprom Orenburg in 2010 with which he has won the Champions League four times.
In autumn 2015 he extended his contract with Orenburg until 2019. 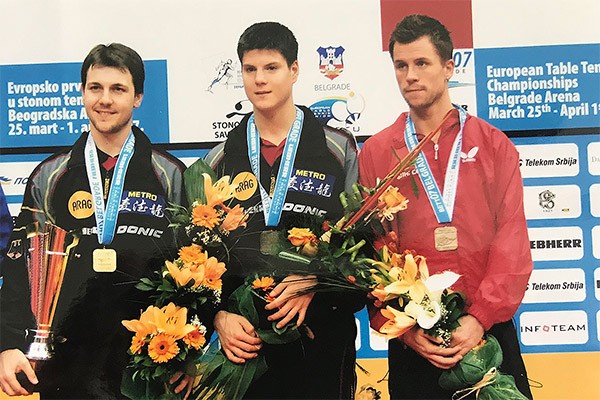 In the season 2017/2018 Dima played his best career year by now.
For the third time in series he won the Europe Top 16, won the Indian, China, Bulgaria and German Open, became European Team Champion and has crowned his unbelievable season by winning the World Cup. 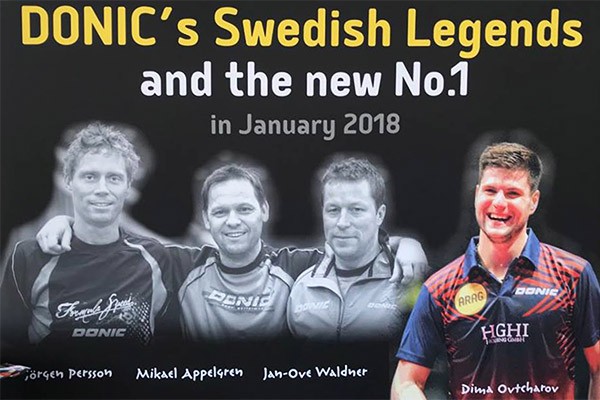 On 1st January 2018 the time had come: Dima became number 1 of the world ranking list!
“For me a dream came true,” says Dima. I had worked 20 years very hard to achieve this aim and finally made it.

Some questions for Dima

What is your strength?

“Intensive training and meticulousness. I’m extremely meticulous and very accurate. At the table tennis table, however, I sometimes also like to entertain people.”

What is a normal training day for you?

“At 8 o’clock I take my daughter to the kindergarten and drive on to the hall immediately afterwards. After a 30-minute warm up I play table tennis for plus/minus two hours. Afterwards I practice serves for 20 minutes and finally I get a short massage. Around 13 o’clock I get home again where I have lunch and recover. Around 16 o’clock I leave the house again and the process starts again.

Between halve past seven and eight o’clock I come home, thus I need the whole day for my training.” 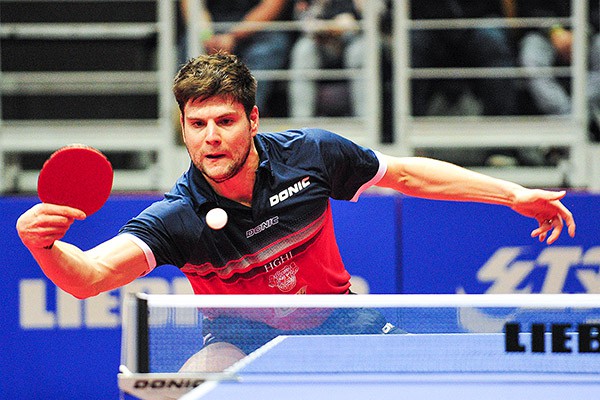 What are your  rituals?

“I have several rituals. Shortly before a tournament I talk to my wife on the phone. And I always pack my bag on the evening before the tournament and there is always everything at the same place. I am a little neatness freak. The bag is untouchable. Beside T-Shirts, shorts, underwear, shoes and bats and some power bars, I always have got a talisman of our team doctor in my bag. This one is meant to bring good luck and protect from bad things.”

Which blades do you play?

“Due to the change to the plastic balls, the blades have become even more decisive from my point of view.

Therefore, I have started very early to work together with various DONIC manufacturers on a blade that perfectly matches my playing style.

And finally, we made it. The blade (DONIC “Ovtcharov No.1 Senso) offers an optimum balance and top-heaviness is possible. The blade is rounded by the senso handle. Thus, I could bring a lot of power to the blade and was able to achieve the successes on my way to become number 1.” 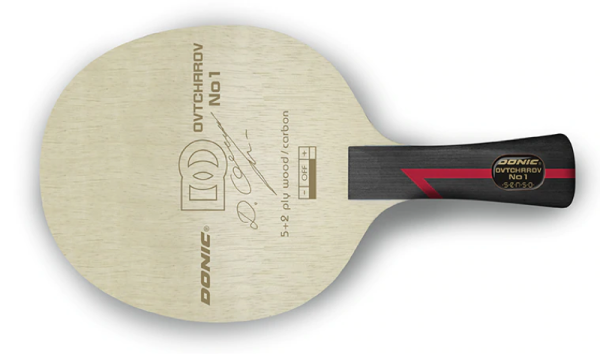